A celebration of Derbyshire’s Food and Drink

Our most famous of all the food and drink produced or invented in Derbyshire has to the world-renowned Bakewell pudding. Not to be confused with the very different from Bakewell tart.

Bakewell pudding is reputed to have first been made by accident by Mrs Greaves, of the town’s Rutland Arms Hotel. She has apparently left instructions for a jam tart to be made. However, the cook, instead of stirring the eggs and almond paste mixture into the pastry, spread it on top of the jam and the mixture set like a custard and the pudding was born. Best served with custard you will find many pudding shops in the town of Bakewell. They are a great gift to take back home for your friends or relatives.

To say nothing of another well-known local food, Derbyshire Oatcakes. They are very similar to a pancake or picklet. Oatcakes are said to have been a local tradition since the 17th century. They are made from flour, salt, water and yeast. Often, they are served stuffed with a variety of food stuffs, such as mushrooms, spinach and cheese. Chatsworth farm shop, at Pilsey, is a great place to find oatcakes and other locally produced Food and Drink.

The invention of the hot dog was not actually made here in Derbyshire. However, its inventor, Harry M Stevens (1856-1934), was born and lived in Derby. After moving to the United States, he designed the first baseball scorecard and supplied refreshments. On a cold spring day in 1901, he ordered his staff to bring him “dachshund sausages”, he then stuffed them into white bread rolls. A cartoonist was reputed to have been unable to spell dachshund, so wrote hot dogs instead. 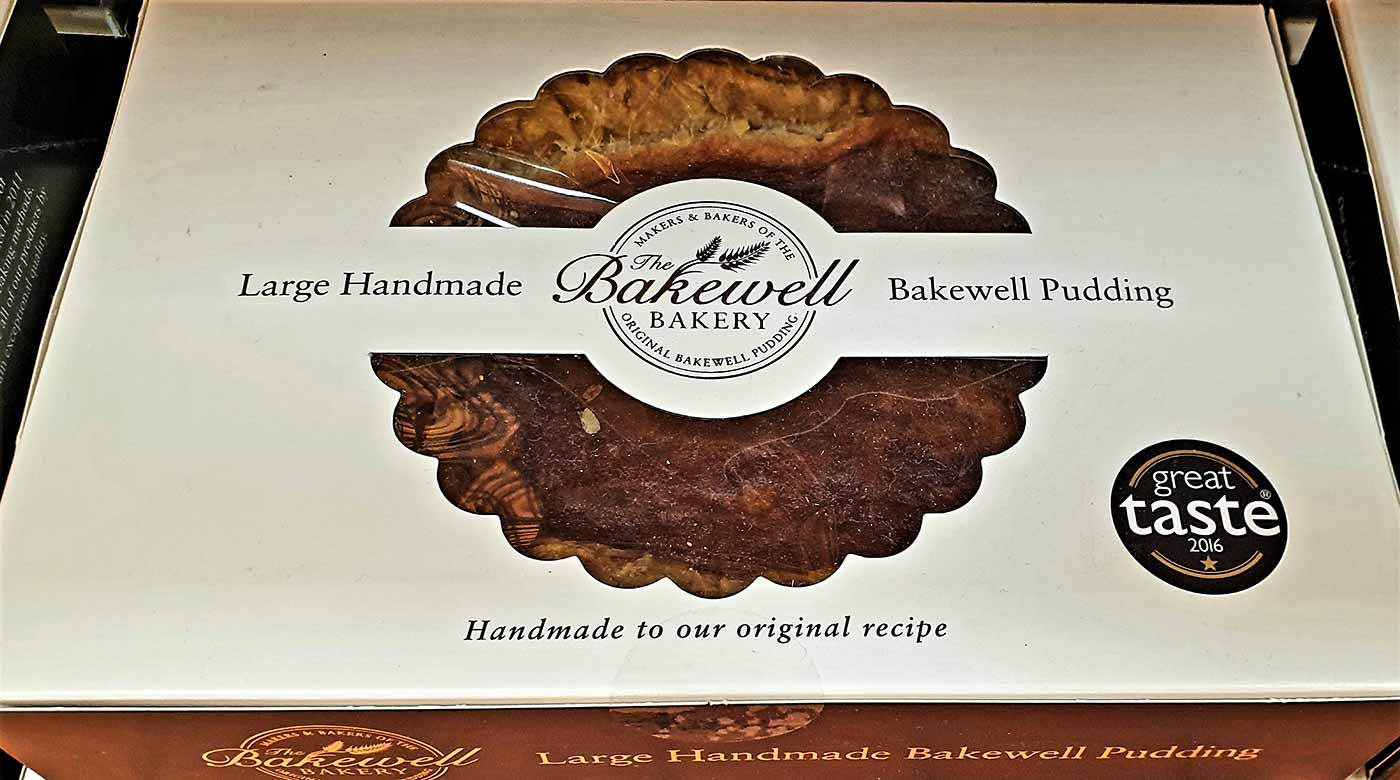 Another popular Derbyshire product is cheese. The first production of Derby Sage was in the 17th century.  Sage Derby is mild, mottled green and semi-hard, flavoured with sage. The soft marbled colour comes from the herb and other colouring added to the curds during its making. Sage Derby was initially only made for festive occasions such as harvest time and Christmas, but it is now available all year.

Dovedale blue s is a soft, creamy cheese with a mild blue flavour – made from full fat cow’s milk. Unusually for a British cheese, it is brine dipped, rather than dry-salted, giving it a distinctive continental appearance and flavour. In 2007, Dovedale was awarded protected designation of origin (PDO) status, meaning that it must be traditionally manufactured within 50 miles (80 km) of the Dovedale valley. Although not cheese related the Dovedale valley is a lovely area for walking and exploring. 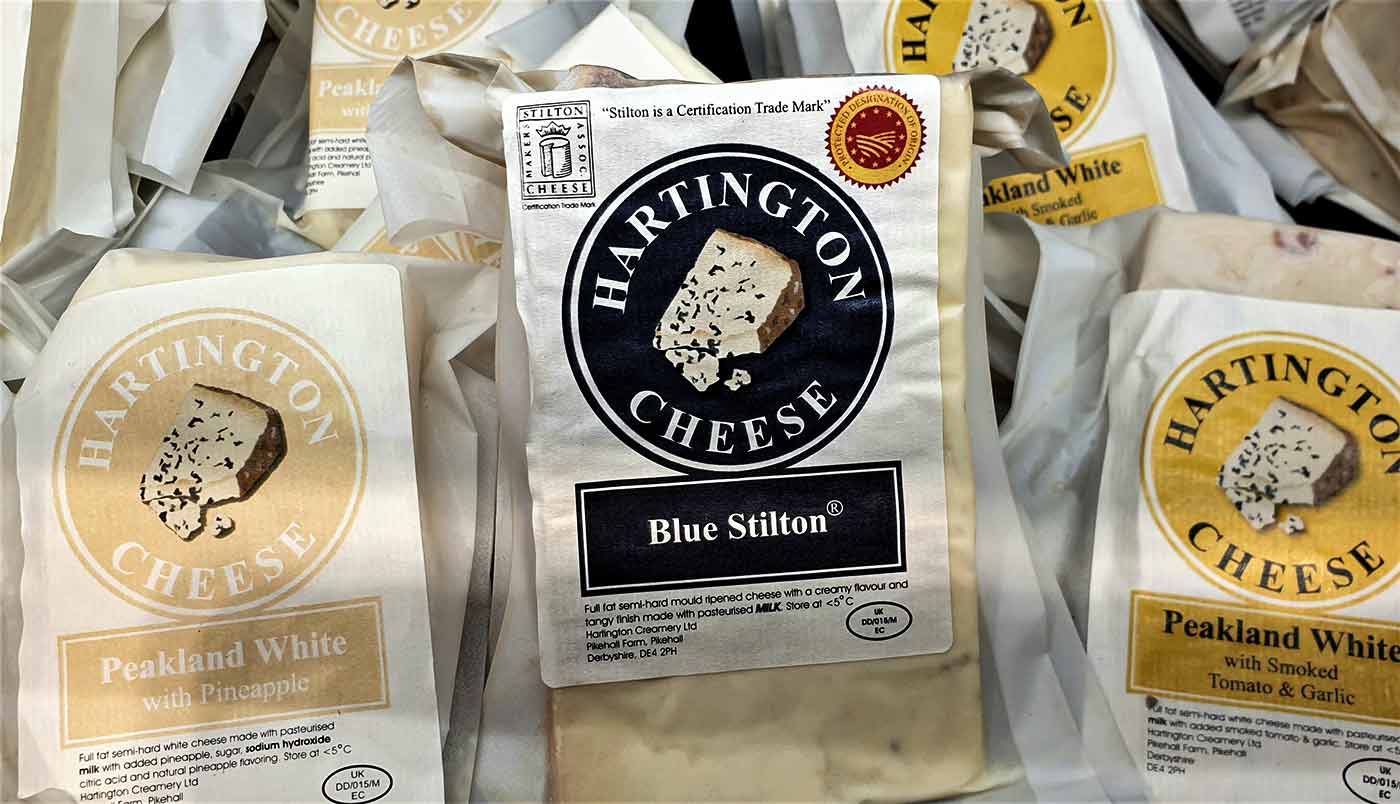 The story of Stilton

And perhaps the most famous of the cheeses associated with Derbyshire is stilton. Since the 1920s, it has been illegal to produce Stilton anywhere outside Derbyshire, Nottinghamshire and Leicestershire. Even cheese produced in the Cambridgeshire town of Stilton, where it allegedly takes its name from, cannot be called stilton.

Blue Stilton has its own certification trademark and is a protected food name. This means that, as well as it only being produced in the three counties, it must be made from locally-produced milk that has been pasteurised before use. And there are some strict production rules!

A great place to find a range of cheeses is in the pretty village of Hartington where they also sell other ranges of Peak district cheese, Peakland white is a particular favourite. 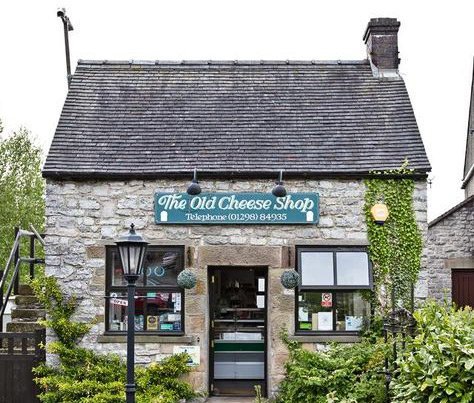 Ymay be of a surprised to know that Derbyshire is also home to Vineyards such as Amber Valley and the Renishaw Hall vineyard.

Amber Valley Wines are situated close to the village of Wessington a few miles from Matlock. They established in 2011 and produce dry wine using English grapes. You are able to tour the site on set dates running throughout 2020.

A tour at Renishaw will also give you a fascinating insight into the running of the vineyard and the cycle of wine making. The tour, on set dates, around the vineyard which include sampling the superb, medal-winning still and sparkling wines produced in Derbyshire.

Meanwhile, if you’re out and about visiting some of these places there are lots more events going on that could be combined with these suggestions to make a great day out in Derbyshire. 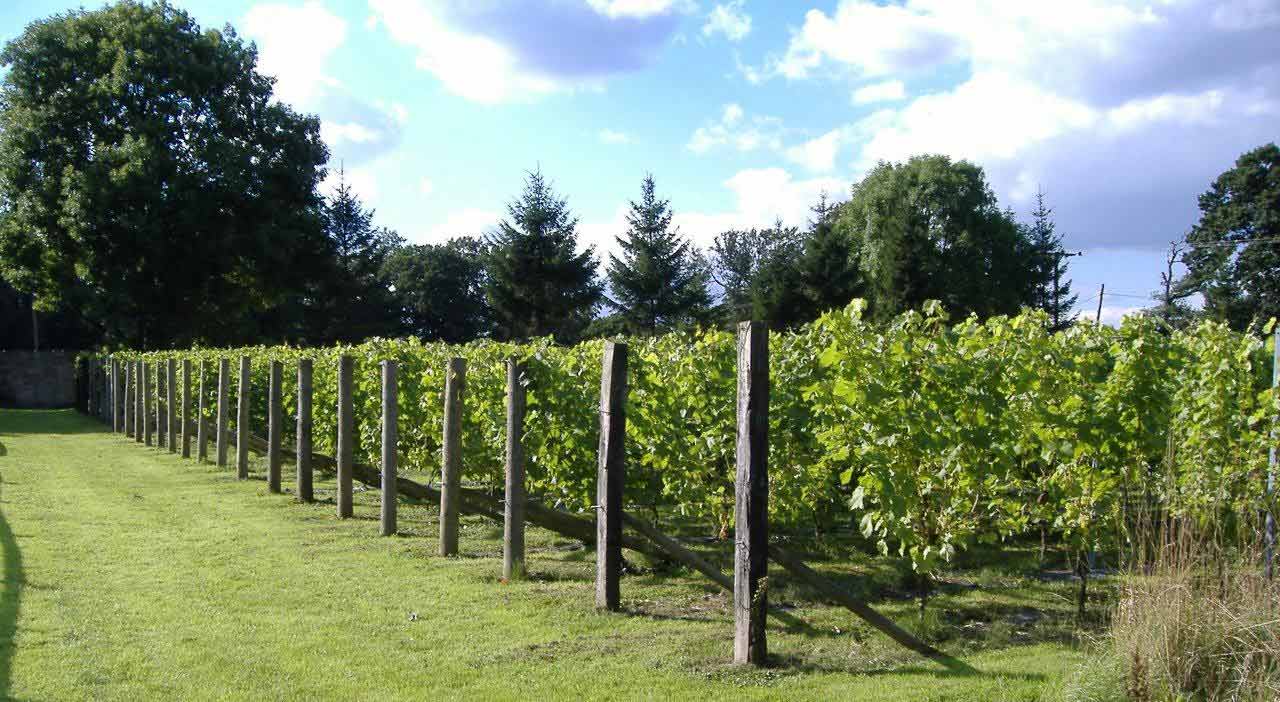 Places to eat and drink in Matlock

In addition to visiting places linked to food and drink, there are a great range of options in Matlock. A real jewel is Stones restaurant in Matlock. Stones offers an excellent standard of food and much of the produce is locally sourced. Early booking is a must here!

There are also many other places to eat and drink in Matlock, to suit a wide variety of tastes. In addition to eating out Derwent House has a great kitchen and dining room, ideal for preparing and eating meals together. Now what better excuse do you need to enjoy some of the food and drink of Derbyshire. 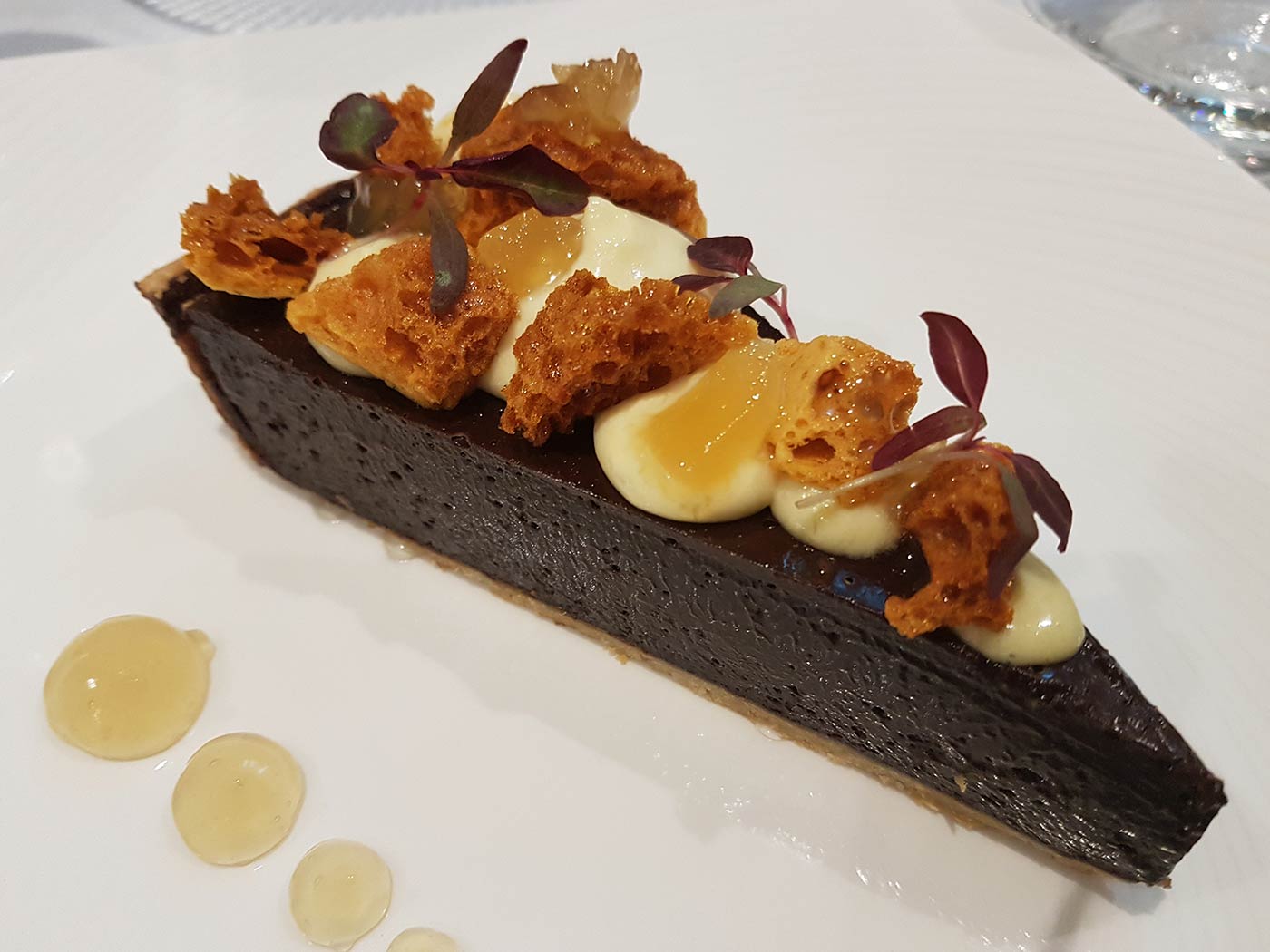 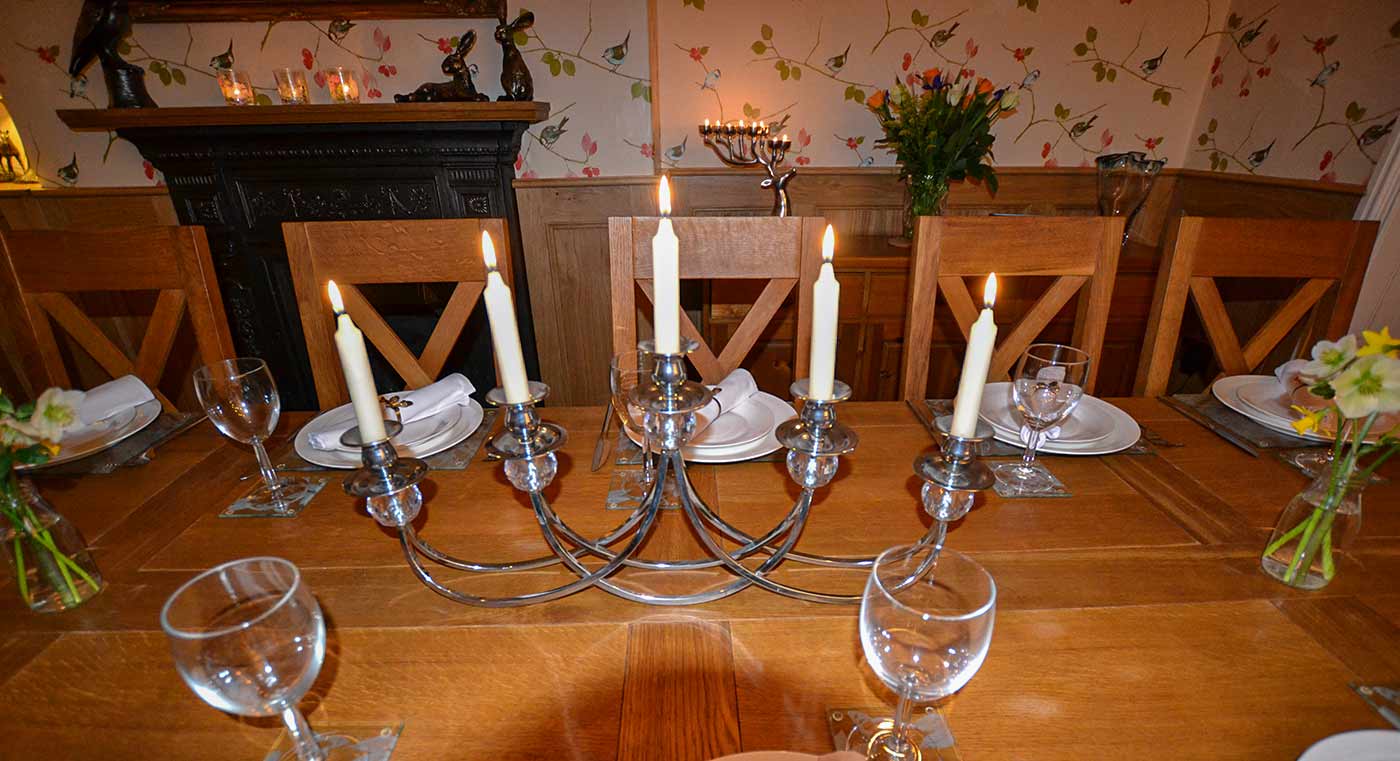